Menu
Get a free consultation

Frequently asked questions in the process of tube children

Things to know about the process of a baby pipe: – 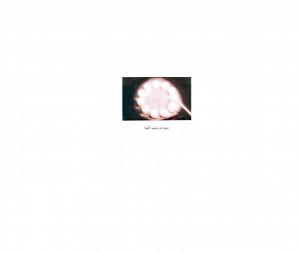 2 – freezing of the egg Oocyte Cryo-preservation: –

– Freezing of all or part of ovarian tissue.

Cryopreservation Of Whole Or Fragment Of Ovarian Tissue.

Freezing of sperm and testicular tissue:

The program benefits from:

1 Men with cancer who need chemotherapy or gamma rays or both.

2 men with testicular disease and are exposed to the eradication of testicles.

3 Men who are exposed to sperm for continuous decrease in number or movement or both.

4 In the case of lack of sperm in the semen where biopsy is taken from the testes to look for sperm within the same tissue and then freeze the tissue for later use in the process of injection of microscopy.

5 men who have a very difficult time giving the sample the time they need it on the day of vaccination.

A – Question: What are the chances of success in all these methods mentioned above?

Answer: If you consider that 4 in 5 pairs for one menstrual cycle may fail with one or more of the above methods, talk about the possibility of failure to occur. But the fact that the total number of successful cases is roughly equal to the number of pregnancies is normal and sometimes even better. Of course, age factors should be taken into account in women, especially at the age of 40 or when men have very difficult treatment reasons related to semen, its quality and quantity. But patience, psychological calm and confidence in the therapist will inevitably reduce the chances of failure.

B – Question: What are the chances of pregnancy with more than one fetus and are there any health problems that may arise during these different treatments?

Answer: The possibility of pregnancy with more than one fetus is included in all these methods. The likelihood of ovarian response to the drug may vary from one woman to another, as the case may be and the doctor’s decision. Even if there is more than a regular response to the ovary by medication, the doctor can diagnose the condition immediately and treat it without leaving any side effect bad or dangerous.

Why does this situation arise?

These symptoms arise from a normal response to the ovary and not necessarily an increase in the amount of medication given.

Who are the most vulnerable women?

Every lady taking the active medication for the ovary may be exposed but the following conditions are most likely.

When the cause of delayed pregnancy is a disease called polycystic ovary and is diagnosed by the physician before giving treatment.

3 – in the menstrual cycle associated with pregnancy. An ounce of prevention is better than a pound of cure. Therefore, the doctor determines the number of visits to the patient when taking the needles activated ovary, to control the situation to achieve maturation of the eggs without the activation of the ovary excess. Call this case for your doctor and trust that you are between safe hands that are keen on your health and safety.

After you have explained the different ways to overcome the problem of infertility there are some scientific additions that you may want to see them in a simplified way.

* Choosing the sex of the baby in the manner of babies and tubes and microscopic injection, in two ways:

1) Method 1: Isolation of the male sperm from the female animal and the injection of the egg in the sperm cell carrying the desired gene (male / female), in ICSI method (Microscopy of the egg).

In practice, this method is called flow cytometry cell sorting, which separates the male and female sperm depending on the contents of the DNA (DNA) belonging to it, which vary by about 8 and 2% of the male sperm of the female using the computer and then inject the egg through the injection of microscopy ICSI.

This method has been developed recently and is currently conducted very limited in the world with a success rate of up to 97%.

2) Method 2: The most common and most secure method – if pregnant – has a success rate of 99%. This method is also related to the child of the tubes and the type of embryos are studied before returning them in PGD method, which will be explained later, where it will study the chromosome and embryos, whether XX (XY) or to return the embryos of desired sex only to the uterus of women.

Areas of improvement and increased rate of completed pregnancy and reproduction in artificial fertilization methods:

It is clear from some statistics conducted at a scientific center in Paris. The method of pipe children. Assisted Reproduction has become widespread worldwide, and there are thousands of children in the world born this way. But scientists are still looking for Optimized Technology so that in the near future, God willing, they will have a comprehensive study on the fertilization and growth of the fetus outside the body of the woman, hoping that they will reach results so that the proportion of live births by fertilization outside the body is very similar to that of fertilization that occurs automatically Without medical treatment or interference of any kind.

How is the completed pregnancy rate and reproductive rate improved?

By minimizing the cost of treatment as much as possible. The doctor and the practitioner can get a broad and practical knowledge of the latest scientific findings in this field, which often reach the diagnosis of the cause and find the appropriate solution in a short time so as not to increase the physical and psychological burden on the couple, and the development of the pharmaceutical industry made the possibility of failure in treatment Less. The introduction of the vaginal ultrasound device has also greatly helped to determine the extent of ovarian response to the oocyte measurement, as mentioned above, as well as to withdraw it in the clinic under a calming effect or local anesthetic without the need to enter the hospital and take general anesthesia. The women who do not have ovulation problems are usually referred to as a local anesthetic. The sample is then sent to a Central Lab, which reduces the overall costs of the IVF procedure. It also reduces the risk of complications of ovarian stimulation, such as a more common response to the ovary, or more than one fetus.

2 – improve the uterine acceptance of embryos transferred to the uterus Uterine Receptivity: –

Recent research has shown that certain materials present in the lining of the uterus are responsible for the quality of the lining of the uterus and its acceptance of pregnancy. Scientists are currently concentrating on discovering these materials and how they work. If scientists succeed in controlling these substances, Because choosing the right embryo to cultivate and control the material to make the endometrium receptive to the fetus becomes a success rate for the baby tube is very high.

3 – Learn more about how fertilization occurs: –

4 – Reduce the percentage of fetal loss and abortion: –

The proportion of people treated with GIFT & IVF and spontaneous autoimmune disease is known. Scientists are concentrating efforts to study the metabolic requirements of the fetus at the time of exogenous fertilization before implantation. These studies may be useful in the future to predict the validity of the selected embryo for agriculture to complete pregnancy and childbirth. Because studying these interactions may lead to the development of the culture media used for the growth of the fetus outside the body. A biopsy or biopsy of the fetus to determine the probability of having a child with a genetically modified or deformed disease has made the embryo more likely to be grown, which will indirectly reduce the rate of miscarriage or intrauterine death. In the future, laser beams may be introduced to take the sample from the embryo, which makes the sampling method less harmful. All of the above is still under study and development, and no definite figures for success can be given before it is widely used in the world.

5 – reduce the proportion of pregnancy more than one fetus (twins or more): –

More than 20% of GIFT babies or tube children are born, and scientists are focusing their efforts on reducing this rate to reduce pregnancy problems by more than one child. The use of three embryos in vitro and three eggs in the GIFT method reduces this possibility.

The rate of pregnancy in the fallopian tube or what is known to the general public (carrying pipes) is about 5-7% in GIFT & IVF compared to normal pregnancy which is about 3%. That the presence of this percentage pregnancy by the way the children of the tubes may be attributed to the cause of infertility or delayed pregnancy. However, scientists are still looking for scientific reasons, because the cause is still not quite clear. This may be done by increasing their knowledge about fertilization and early fetal growth before growing. It is very important at this time to detect ectopic pregnancy as soon as possible and therefore it has been suggested that every woman undergoing the process of the tubes to examine the ultrasound device in week 4-6 after treatment to ensure that no ectopic pregnancy. A woman whose doctor is suspected of having an ectopic pregnancy is more likely to have a known cause and someone who needs to be monitored more closely.

The incidence of congenital malformations of children born through Reproductive Technology is about 1.5% similar to the normal birth rate and the resulting births, and it was observed that the birth rate of a child weighed slightly, or premature birth and abortion are more for children born to artificial fertilization . One reason may be the possibility of pregnancy with more than one fetus. Making the above complications more likely. If the pregnancy with more than one fetus is one of the reasons, control of this process will reduce the result of the above complications.